When it comes to work-life balance, Tipperary has few rivals. Those who come to live in Tipperary tend not to leave and it’s easy know why. Tipperary scores particularly high in affordability, with an average house value way below the national average. It’s not just affordability that makes living in Tipperary a lot of sense; work commute times
are low, there’s immediate access to the best education options, from pre-school right up to universities, while the County excels in extracurricular activities – sports, culture, you name it.

A place steeped
in sporting heritage

In sporting terms, Tipperary’s heritage is without equal. The town
of Thurles – complete today with a 53,000 capacity stadium – was
in 1884 the birthplace of the Gaelic Athletic Association, Ireland’s largest sporting organisation and one of the great amateur sporting associations in the world. The county is particularly associated with the 3,000 year old game of Hurling, which today still attracts an 80,000 plus attendance and a global TV audience for its national showpiece, the All-Ireland final. With over 70 clubs, in Tipperary, the GAA also promotes Gaelic Football – its most played sport and one Tipperary also excels at – as well as Handball, Rounders, Ladies Football and Camogie (similar to hurling but played only by women). The Association also promotes traditional Irish music, song and dance.

Tipperary is internationally famous for another sport of giants – horse racing, the ‘sport of kings’. With trainers based throughout the county, its most famous stable of all is Ballydoyle, which was founded by one of the sport’s greatest ever trainers and winner of multiple classics Vincent O’Brien. His stud has been taken over by the equally incomparable Aidan O’Brien. The county also has a global status for breeding, with Coolmore Stud the largest exporter of thoroughbred horses in the world.

And there’s more; with a strong tradition in rugby and soccer, boasting internationals in both codes today as well as greyhound racing, athletics, golf, angling, mountain biking, road cycling, etc. 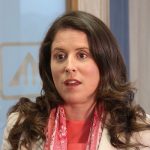        Tipperary offers that work-life balance that we all strive for. You can finish up work at 5/5.30, you’re home in 10 minutes and doing what you need to do with your family. 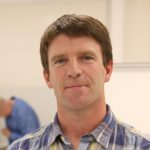 We have a fantastic quality of life, great schooling, great communities and very affordable housing here. 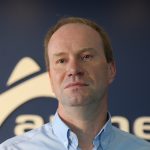 Cost of living a third less than large urban areas

A host of beautiful beaches within 30-120 mins